Learn how to use FCPX Overlay LightRun in Final Cut Pro X from Pixel Film Studios. FCPX Overlay LightRun gives users the ability to generate realistic illuminating light streak looks with the click of a mouse. With total control over speed, blur, intensity and much more the possibilities are endless.

With FCPX Overlay LightRun users have infinite possibilities to generate a new look each and every time all with a click of a mouse. Each user has total control over effect opacity, effect scale, position, horizontal speed, vertical speed, directional flip, shear, blur, grain, intensity, brightness, exposure, color bring, tint, and more all within Final Cut Pro X.

With FCPX Overlay LightRun on-screen controls users have total control over light illumination position with a click of a mouse. User can set their desired position with ease. With the ability to alter the overall light position the possibilities to generate a new look is virtually endless all within Final Cut Pro X.

FCPX Overlay LightRun was professionally designed to work seamlessly inside of Final Cut Pro X. As a title effect overlay, each FCPX Overlay LightRun preset can be dragged and dropped onto media and previewed in real time. With the published parameters found in the FCPX inspector, users have the ability to make further adjustments with just a few clicks of a mouse.

Learn how to create and customize your very own illumination effect overlays with the FCPX Overlay LightRun Lesson. 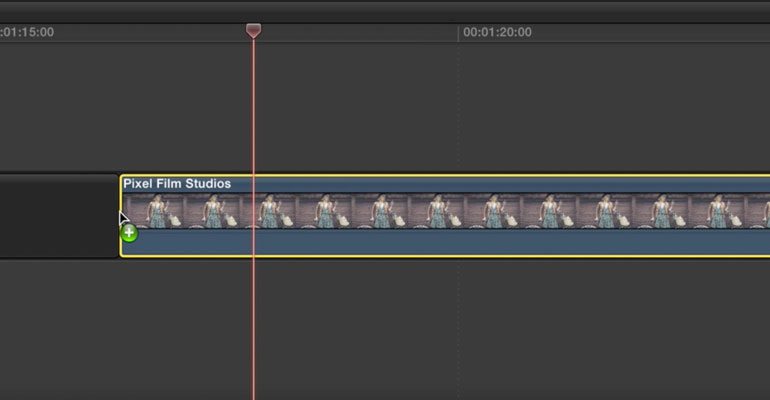 Let’s begin by selecting our media from the FCPX media library. Then Locate FCPX Overlay Light-Run in the FCPX Titles library. You can choose from the Drop Zone preset or Media Source Preset. The Drop Zone preset takes light from the media you place in the drop zone. The Media Source takes light from the original media in your timeline. For this example we will be using the Drop Zone Preset. Click and drag the effect directly over your media and make it the same length. Select the adjustment layer and go to the Inspector Window. 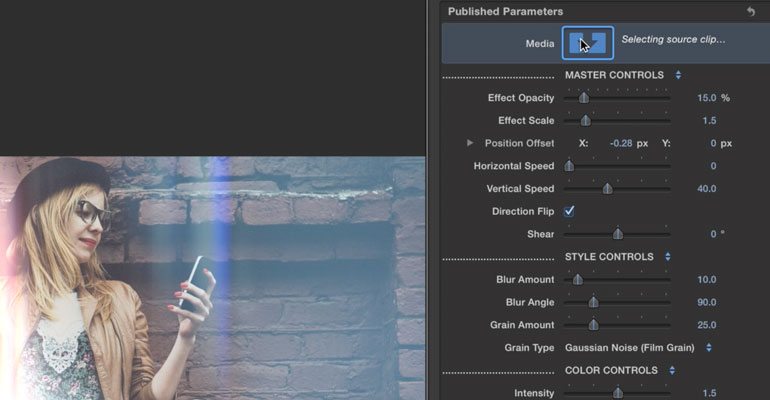 Let’s start by selecting our media for the drop zone. Select the drop zone icon. Then select your media. Choose apply clip located in the bottom right corner of the viewer window. 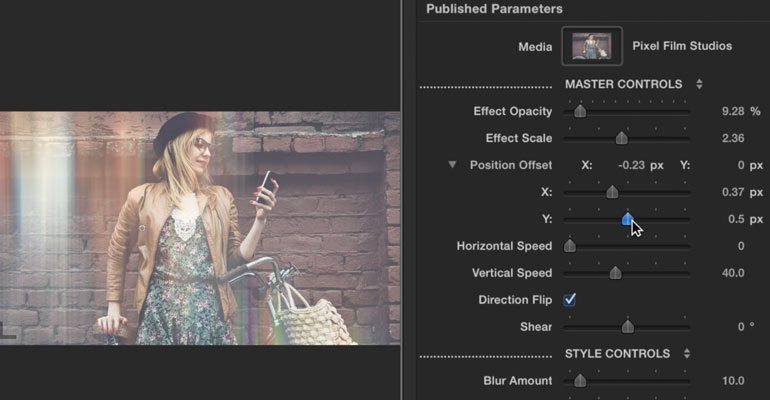 Now that we have the drop zone filled we can go onto the master controls section. Begin by adjusting the effect opacity and effect scale. Next you can adjust the position of the effect. Adjust the designated sliders in the inspector window or use the control puck in the viewer window to make position adjustments. Click and drag the control puck in any direction to adjust the position. After start adjusting the horizontal and vertical speed sliders. These sliders will determine how fast the light effect will move horizontally and vertically. Underneath is the Direction Flip check box and shear slider. The Direction Flip check box lets you flip your effect to the right or left side of your image. Adjusting the shear slider will spread the light effect apart or together. 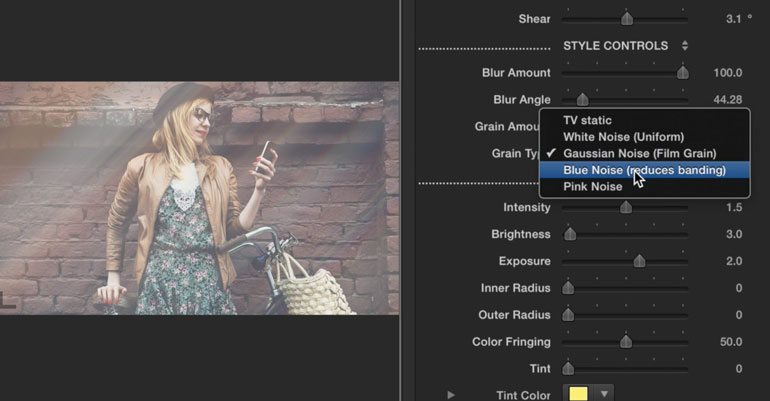 Next continue on down to the Style Controls. Start adjusting the blur amount and blur angle sliders. Then adjust the grain amount slider and choose from a variety of different grain types. 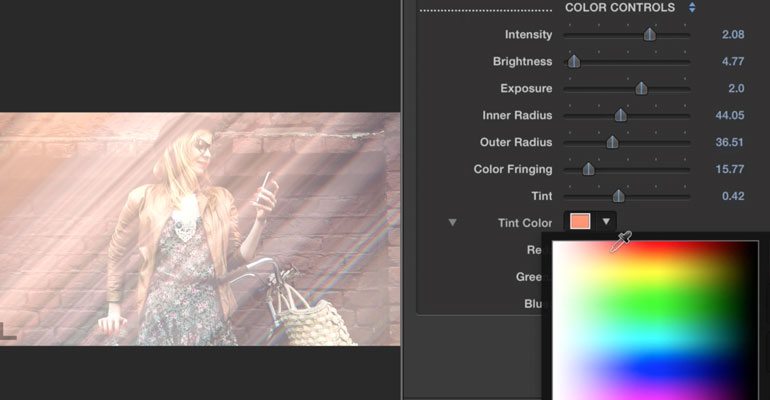 Now for some Final Touches. After finishing up the adjustments in the style controls section move on to the Color Controls. Adjust the Intensity, brightness, and exposure sliders. Then begin adjusting the inner and outer radius. These sliders control spread of your previous color control adjustments. The Color Fringing slider will add a green and purple edge to your light the more you move it to the right. Lastly is the tint slider and tint color.

Where do I find FCPX Overlay LightRun?

Once the installation is complete, you can find FCPX Overlay LightRun in the FCPX Title library.