Pixel Film Studios brings FCPX users a new and intuitive overlay pack with FCPX Overlay Grit. With FCPX Overlay Grit users can apply a grit effect to any length of footage, and with full control over customization the possibilities are truly endless all with a click of a mouse. Each user has full control over color, frame rate, position randomization, overlay depth position, vertical flip, horizontal flip, depth of field, and more all within Final Cut Pro X.

With FCPX Overlay Grit users have the ability to select from up to 50 fully customizable grit overlay effects. With FCPX Overlay Grit users simply click and drag their desired overlay preset on top of their footage. As a title effect overlay each effect can be applied to any footage length with a click of a mouse. With full control over color, animation, and position users can generate a brand new look each and every time leaving the possibilities truly endless.

With FCPX Overlay Grit users are given up to 50 grit overlay animations with full customization over style and movement creating infinite possibilities. Users have full control over color, frame rate, position randomization, position randomization seed, overlay depth position, vertical flip, horizontal flip, DOF blur amount, and focus offset. With FCPX Overlay Grit users can create a brand new look of their own by stacking presets all with a click of a mouse.

With FCPX Overlay Grit each preset never ends. Users can easily extend each preset to fit any timeline with a click of a mouse. As a title effect overlay users have the ability to click and drag the start and end points to any location within their timeline, stack multiple title layers, and adjust the length of each one leaving the possibilities truly endless all within Final Cut Pro X.

FCPX Overlay Grit was professionally designed to work seamlessly inside of Final Cut Pro X. As a title effect overlay, each FCPX Overlay Grit preset can be dragged and dropped onto media and previewed in real time. With the published parameters found in the FCPX inspector, users have the ability to make further adjustments with just a few clicks of a mouse.

Learn how to create and customize your very own grit overlay effects with the FCPX Overlay Grit. 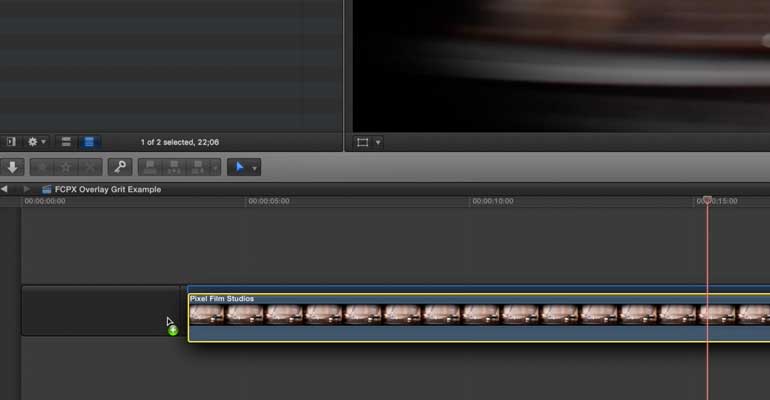 Let’s begin by selecting our media from the FCPX media library. Then Locate FCPX Overlay Grit in the FCPX Titles library. Browse through the different types of presets. Click and drag the preset directly over your media and make it the same length. Select the adjustment layer and go to the Inspector Window. 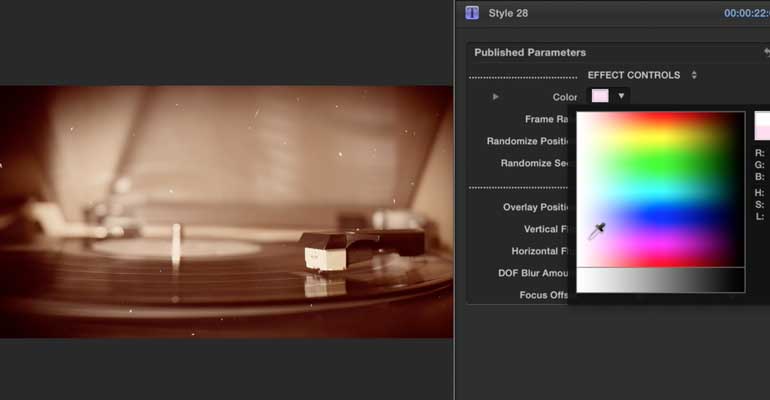 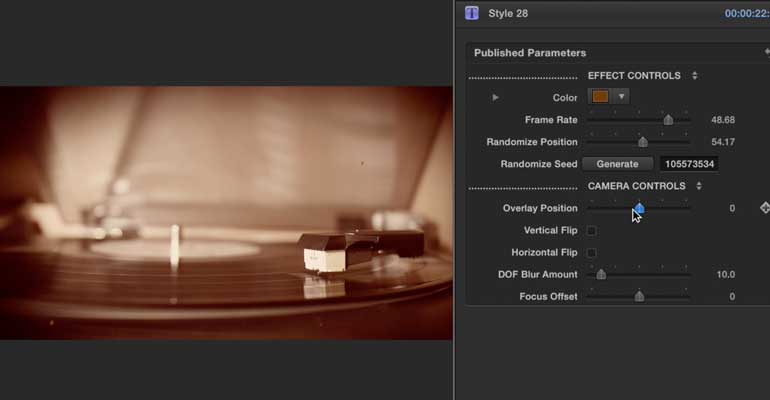 Once you have the Effect Controls finished move down to the Camera Controls section. Begin by adjusting the Overlay position slider. The more you move the slider to left the farther away the grit will be, Moving the slider to the right will bring the grit closer. Underneath you can choose to flip the effect vertical or horizontal. Lastly you can adjust the Depth of Field blur amount slider and focus offset slider. 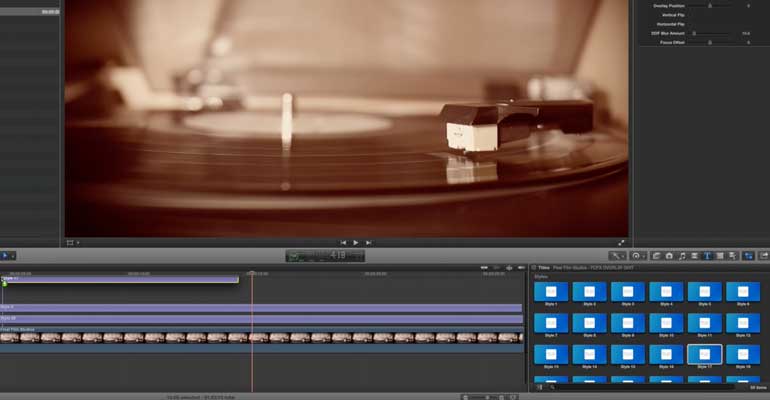 Now for some final touches. Bring this Grit overlay to the next level and add more presets to your media to make an original look.