Pixel Film Studios’ ProMotion allows Final Cut Pro X users to animate pictures, videos, logos, and more with absolute ease. Pick and choose from over 35 keyframeless animations to drag & drop over media in the FCPX timeline. ProMotion will instantly bring the scene to life. With ProMotion’s intuitive design and helpful guides, FCPX users have the power to animate entire scenes without the headache of intense video editing. ProMotion is a Final Cut Pro X exclusive.

ProMotion is nice and easy to use.  Click on the Titles tab to navigate ProMotion presets.  Scroll over each preset to automatically preview the animations.  Drag & drop the desired preset above media within the FCPX timeline.  ProMotion will instantly bring pictures, videos, logos, and more to life.

Acquire all of the animation basics with over 35 presets in ProMotion.  Pick and choose from springy movements, squishy bounces, dynamic scaling to animate any type of visual media.  ProMotion’s organic animations are a perfect complement to almost any Final Cut Pro X project.

ProMotion is as intuitive as it is functional.  With basic color guides and on-screen controls.  Final Cut Pro X users can instantly master ProMotion’s various capabilities.  ProMotion presets comes with simple guides that make it easy for users to operate each unique animation preset.  With on-screen controls, users may also position, scale, and rotate freely.

Learn how to reveal your media in squishy and bouncy ways with the ProMotion Lesson. 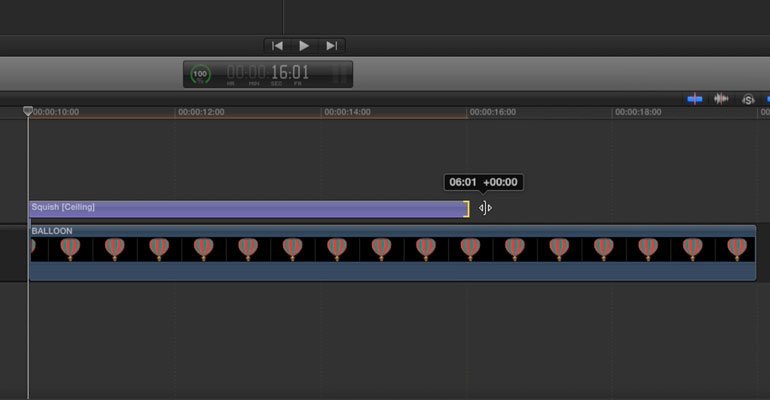 Let’s begin by selecting a clip or image in the FCPX media library and dragging it to the timeline. Once, you have your image in the timeline, go to the FCPX titles library to locate the ProMotion presets. Scan through the motion reveal types and select the one that best matches the look you want. Then, drag the adjustment layer above your footage on the Final Cut Pro X timeline and make it the same length as the clip. 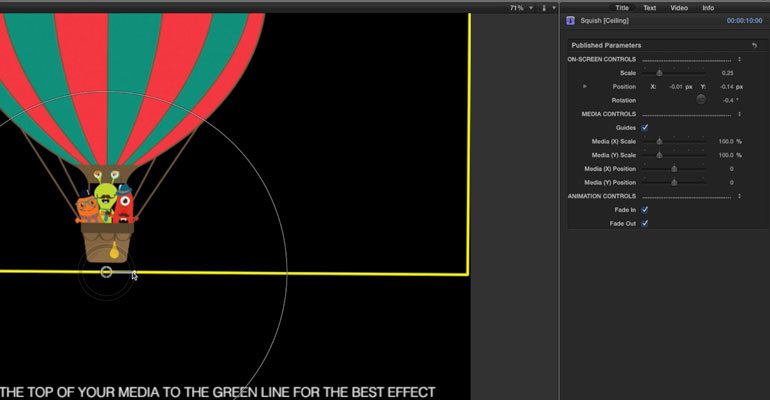 Step 2 - Setting Up the End Position

Once we have our ProMotion layer setup, it’s time to adjust the position, rotation and scale of where we want our media to End. Check the Guides checkbox to help align your media with the background. Use the center point and handle to position and rotate the media. And finally, click and drag the outer ring to scale the image. When you are finished with this step, you can uncheck the Guides checkbox in the FCPX Inspector window to hide them. 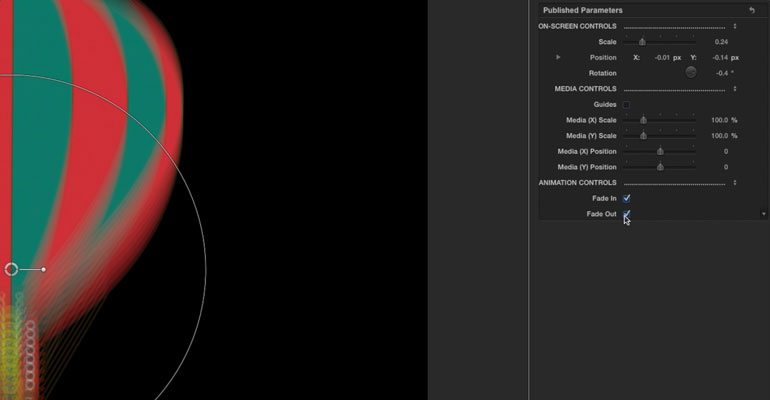 Now for some Final Touches. To add a little more polish to your animation, Checkboxes in the FCPX Inspector to make your media fade in and out as it animates. 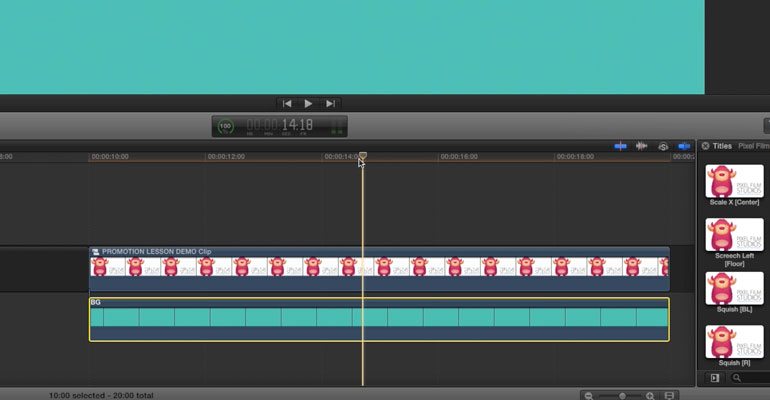 Now for some Additional Information. If you would like your logo to be placed on top of footage or media that is not effect by the ProMotion layer, Select everything you stacked in the timeline, then hold control and click on one of the titles. Now select New Compound Clip in the pop-up. Next, find the clip or image you wish to use as the background from the FCPX media library. Drag it onto the timeline under the compound clip.

How many presets come in this plugin?

38 animation presets are included in ProMotion.

Where do I find ProMotion?

Once the installation is complete, you can find ProMotion in the FCPX Title library.