Ever wanted to star in your very own spy movie but never had the tools to do so? PROSCOPE gives the user the special effects needed to scope out the target with a few clicks of a mouse. Users can now create their very own custom scope to go on top of any type of footage all with in Final Cut Pro X.

With ProScope, users get to star in their own action, thriller, or Sci-Fi movie with a few clicks of a mouse. With ProScope we give you the user the tools to transform their media into something they have only dreamed about. Users can spy on whom ever they want and will never get caught doing it all with in Final Cut Pro X.

With PROSCOPE we give users on-screen controls for position, scale, and angle of each scope. With a simple click and drag users can relocate each scope to the desired location with a click of a mouse. Watch as your scope follows your target across the screen in a smooth and secretive manner, all with in Final Cut Pro X.

ProScope was professionally designed to work seamlessly inside of Final Cut Pro X. As a FCPX title, presets can be dragged and dropped onto your footage and previewed in real time without rendering. With easy-to-use controls that can be found in the FCPX inspector, you can calibrate your settings in a few clicks of a mouse.

Learn how to create and customize your very own professional scope effects with the ProScope Lesson. 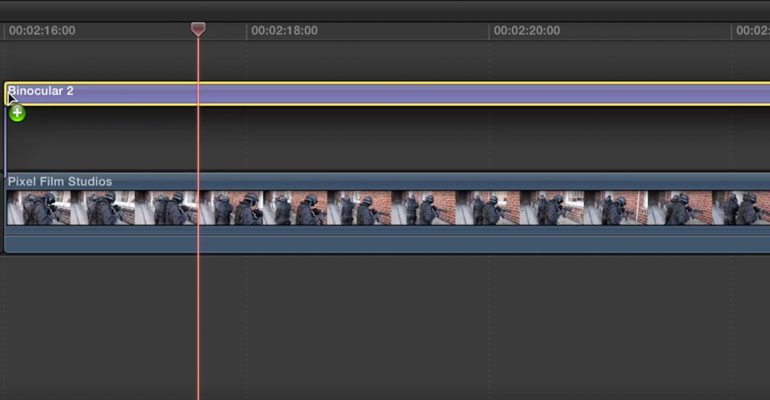 Let’s begin by selecting our footage from the FCPX media library. Then locate ProScope in the FCPX Titles library. Browse through the variety of ProScope presets. For this example we will be using the Binocular 2 preset. Click and drag the preset over your media and make it the same length. Then select the adjustment layer and go to the inspector window. 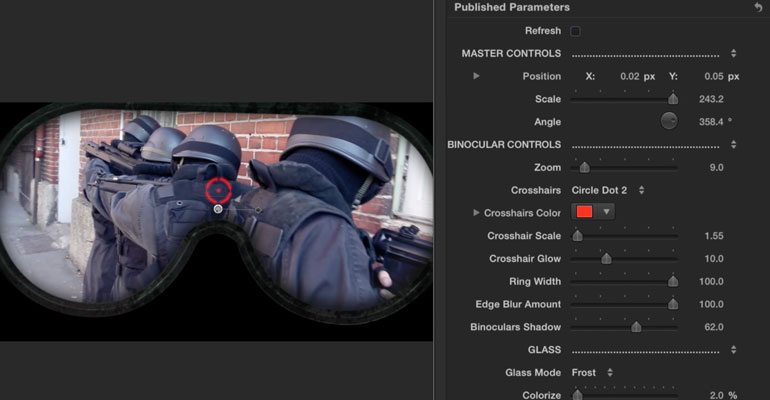 First you will notice a Refresh checkbox which you can select if you want to look back at the original un-altered version. Next let’s move on to the Master Controls section. Start by adjusting the position, scale and angle. You can make these same adjustments with the on-screen controls located in the viewer window. Click and drag the center control puck to position the binoculars. To adjust the scale click and drag the arrow left or right. Then to control the angle click and drag the arrow in a circular direction. 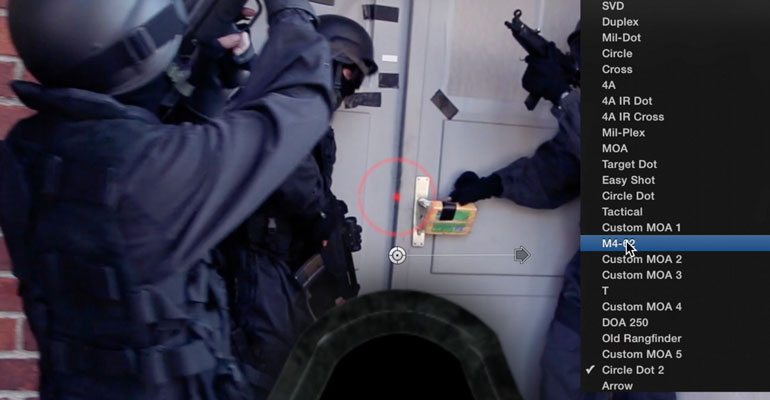 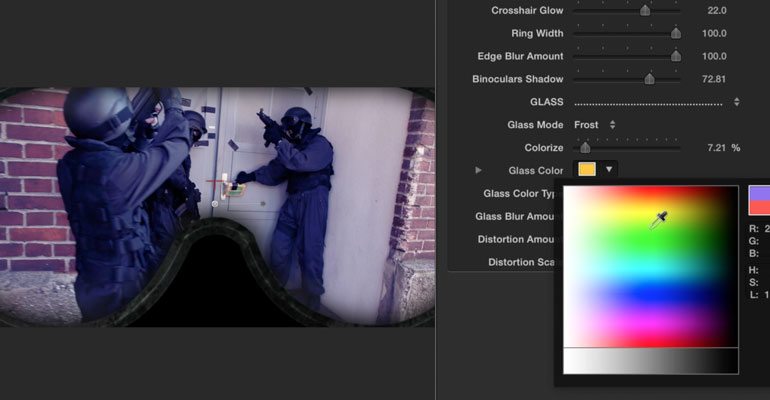 Next we will go over the Glass Section. Start by choosing from 5 different glass modes. The Colorize slider affects the intensity of the glass color. After adjusting the colorize slider go on to selecting a glass color and Glass Color Type. Underneath you can adjust the glass blur amount, distortion amount and distortion scale. 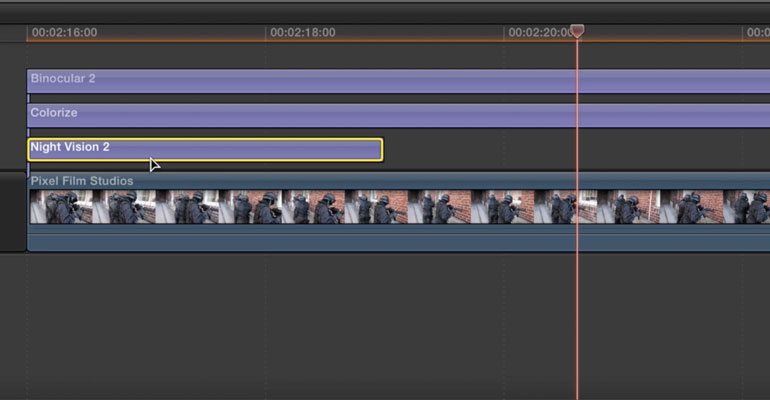 Now for some final touches. ProScope comes with a variety of extra effects that you can add to your scope preset to make it look more authentic. Choose from static effects, numbers and text which are all fully customizable.