Create anamorphic flares with a click of the mouse. With ProAna: Volume 1 you have the ability to create that futuristic look, or simply add that extra flare to your footage. With ProAna: Volume 1 from Pixel Film Studios, simply drag, drop, and then with a few customizations you can add that extra flare to your next project. All with a few clicks of a mouse with in Final Cut Pro X.

With ProAna: Volume 1, choose the flare that best fits your footage, with simple drop and drag, you now have the power to add that extra flare to your next project. Watch as light is refracted and scattered across your lens. You may choose to add as many flares to your scene as you wish, remember with ProAna: Volume 1 the possibilities are endless.

With ProAna: Volume 1 you have the ability to simply drag and drop one of the anamorphic flares on top of your footage and easy control it’s position with a click of the mouse. Use the on-screen controls and easy-to-use parameters to keyframe the position of your flare to your liking all with in Final Cut Pro X.

ProAna: Volume 1 was designed by the team at Pixel Film Studios to work seamlessly inside Final Cut Pro X. ProAna: Volume 1 can help you create that futuristic look, or add a little extra mood lighting to your footage in your next Final Cut Pro X project. Simply drag and drop a few or many of the anamorphic flares on top of your clip and use the on-screen controls and Inspector sliders to calibrate your design.

Learn how to create anamorphic flares with with the ProAna: Volume 1 Lesson from Pixel Film Studios. 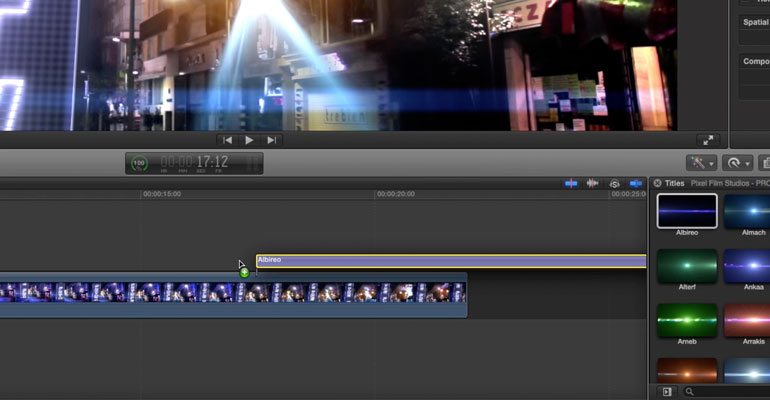 Let's begin by selecting a clip in the FCPX media library and dragging it to the timeline. Now, go to the titles library in FCPX, and scan through the Pro Ana presets. Choose the refraction that best matches the style of your scene. Drag the title layer above your clip onto the timeline and make it the same length as the footage. 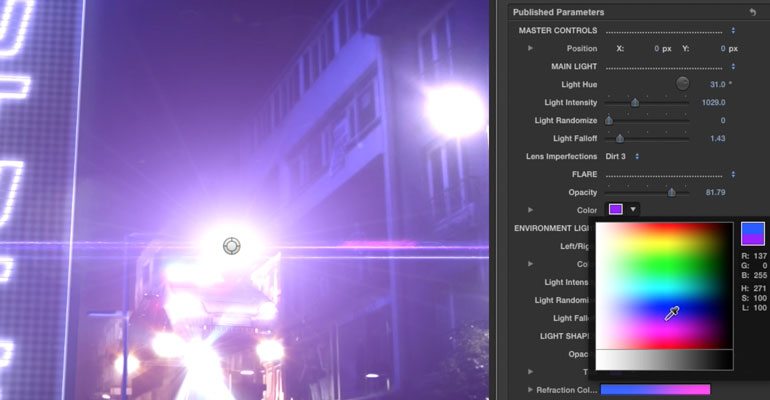 Now, it's time to customize the look of the flare. Starting with the center, use the Main Light controls to adjust the hue, intensity and falloff of the core. If you want your grunginess to your scene, you can add dirt to your lens using the “Lens Imperfections” drop down. Next, use the Flare controls to adjust the opacity and color of the horizontal glow. Then, click on each of the boxes attached to the gradient bar to set the colors of the Refraction. If you would like the gradient to include more than the default amount of colors, you can click on the bar to add more boxes. 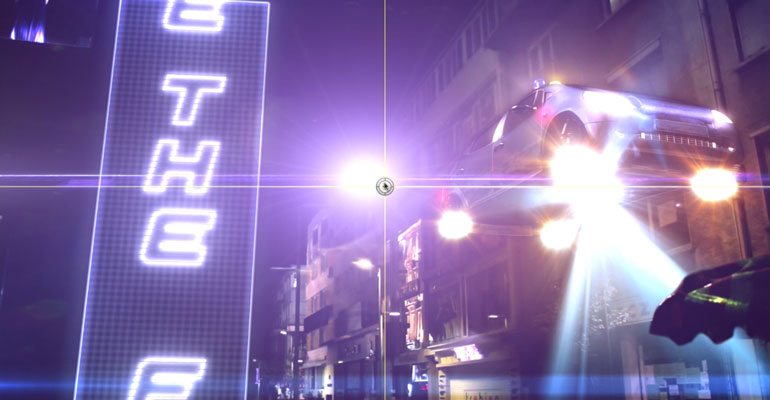 Now, we will need to position and animate the anamorphic flare so that it works with the light in our scene. Grab the center puck in the Viewer window and move it so that it lines up with the light source in your scene. Place the playhead at the front of the Pro Ana title layer. Then, go to the Inspector window and turn the Main Light Intensity to 0. This will help us see the light source better as it moves. Now place a key frame on the position parameter. Move the playhead down the timeline 5 to 7 frames using the right arrow key on the keyboard. Now drag the on-screen control ton top of the light as it moves around. Because this position is different than the previous frame … It will auto-keyframe in Final Cut Pro X. Continue this process every 5 to 7 frames until it is complete. Then turn the Main Light Intensity back up. 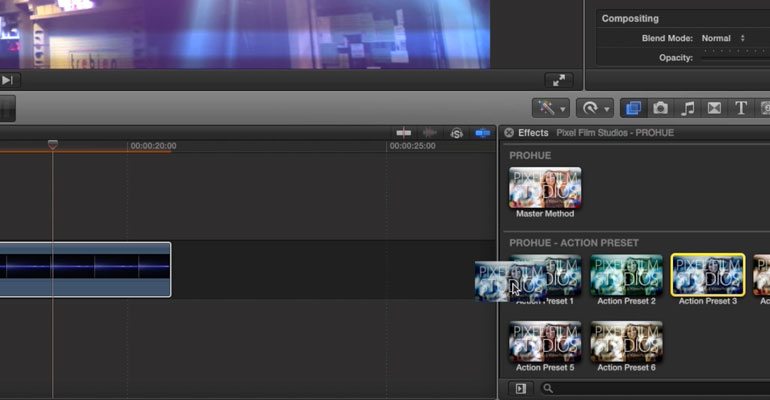 Now for some Final Touches. To help composite the flare seamlessly into the scene….. Compound your clip with all of the Pro Ana titles used in the scene. Select everything you stacked in the timeline, then hold control and click on one of the clips. Now select New Compound Clip in the pop-up. Next, Apply a color grade to the compound clip, it will make the flare feel like apart of the same environment. For this example, we will use a Pixel Film Studios “ProHue” filter.

Where do I find ProAna?

Once the installation is complete, you can find ProAna in the FCPX Titles library.

I am getting a Red Screen with a Yellow Exclamation Point, how is this fixed?

This usually occurs due to either an Installation error, or its just that your FCPX version is out of date. You can upgrade, its simple and usually free in the Apple App Store. If your operating system is out of date, that may need to be updated first, in order to update the other relying software.

What Version of FCPX does this require?

You will need to make sure your version of the software is updated to at least version 10.2.1, and this may require an OS update, which should be available for free in the App Store.