Bring back that edgy or vintage film look with an old millimeter film reel leader effect by Pixel Film Studios. With ProStrobe users have full customization with the option of choosing from text, number countdowns, drop zones, and objects to create the look they have always wanted.

ProStrobe creates a look almost forgotten by many. Users now have full customization with the option of type, numbers, shapes, or even their own images with drop zones. Users simply layer these title effects on top of their footage and with a few custom adjustments the effect does the rest. With ProStrobe footage will never look the same again all with in FCPX.

With ProStrobe the user can choose from either number countdowns, objects, text, or even their own image with drop zones. Users can adjust the film movement, motion blur, rotation, speed, scale randomness, position, random position, and more all with in Final Cut Pro X. With so many options and customizations users will be able to create that old film leader effect with a click of a mouse.

With ProStrobe users have the ability to change the blend mode and color of the object projected with each effect, by having this option the possibilities are truly endless. This gives the user the ability to have a different look every time if they choose to do so all with in Final Cut Pro X with a click of a mouse.

ProStrobe was professionally designed to work seamlessly inside of Final Cut Pro X. As a FCPX title, the ProStrobe presets can be dragged and dropped onto your footage. With easy-to-use controls that can be found in the FCPX inspector, the user can calibrate their settings in just a few clicks of a mouse.

Learn how to make vintage film looks or old film reel leaders with the ProStrobe from Pixel Film Studios. 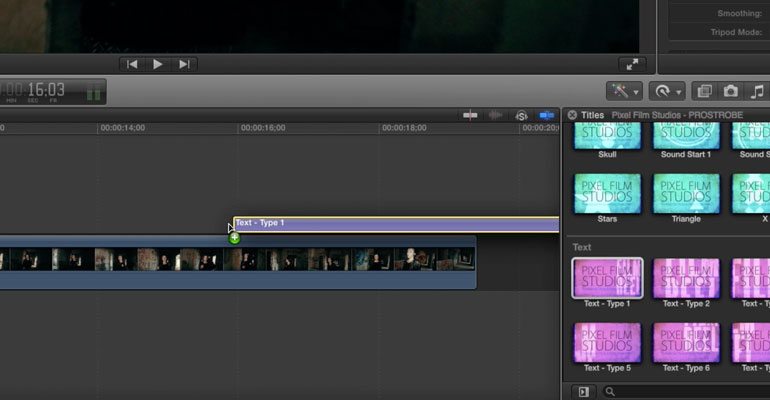 Let's begin by selecting a clip in the FCPX media library and dragging it to the timeline. Once, you have your footage in the timeline, go to the FCPX titles library to locate the ProStrobe presets. Scan through the presets and select the one that best matches the look you want. Then, drag the title layer above your clip on the Final Cut Pro X timeline and make it the same length as the footage. For this example we will use the “Text Type 1” preset. 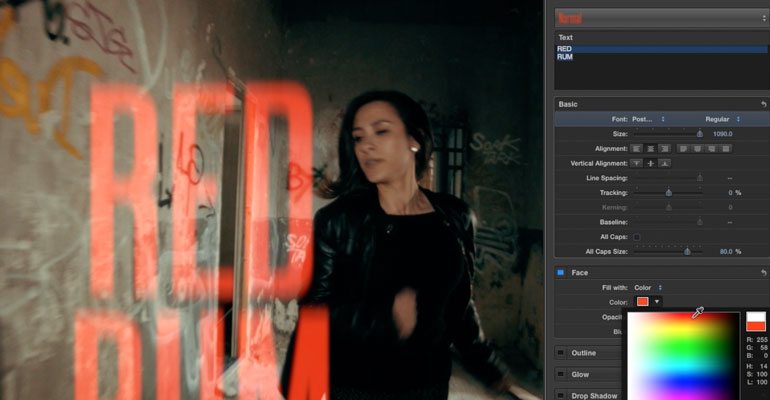 Step 2 - Setting up the Text

Now, it’s time to customize the look of the ProStrobe. Scrub the playhead through the timeline until you reach a frame where the text is clearly visible. Select the “Text” tab in the FCPX Inspector. Add your title. Then set the font, size, line spacing and color. Once your text is set up, go back to “Titles” tab of the Inspector window. Change the Blend Mode of your ProStrobe to achieve the look you want. Finally, set the Film Movement and Motion Blur Samples to give the illusion of speed. 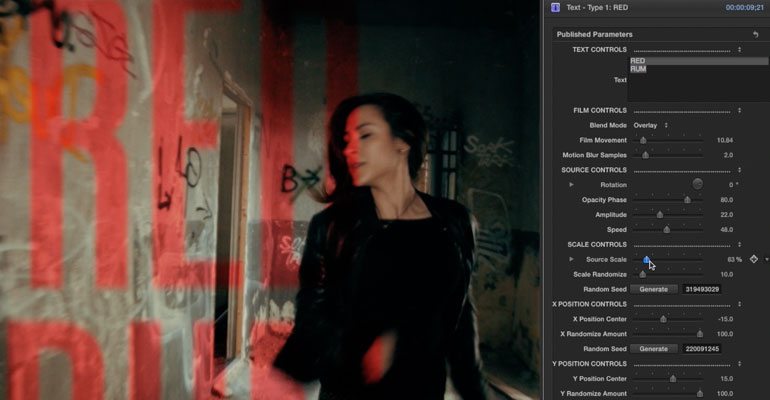 Now, it’s time to adjust the way your text strobes. Go to the Source Controls in the Inspector window. Set the Speed parameter to control how fast you want your text to strobe. Adjust the Scale randomness to make the text a different size every time it appears. Then use the Position controls to manipulate how much the text jumps around the screen. For this example, we want our text to jitter up-and-down, but not side-to-side. So we will set our X Center and Randomization Amount to 0. Scrub the playhead through the project to preview the changes you have made. Then make more adjustments if needed. 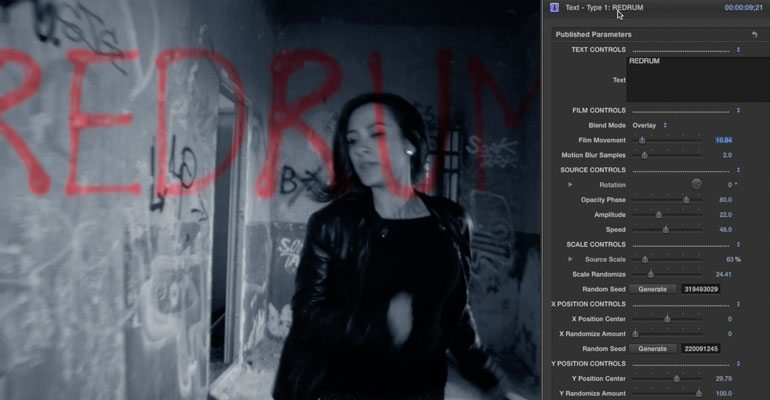 Now for some Final Touches. Depending on the type of footage, ProStrobe can create a vintage or grungy vibe. For this example, let’s apply a ProHue color grade to our footage to give it a grittier look. If you would like to create handwriting on your film, you can download a marker font online. Then you can rotate your text to make it run vertically.