Track text, logos, videos and animations to specific subjects in your footage with Auto Tracker!

The FCPX Auto-Tracker makes tracking text, pictures, videos, and animations to subjects an absolute breeze with motion tracking technology. Simply apply a tracker preset to your footage, select an area, and track! Completely bypass the the tediousness of manual key-framing with automatic tracking from Pixel Film Studios.

The FCPX Auto-Tracker allows users to patch-up imperfect tracks with simple controls. Utilize the hot-key “Option” + Click to delete unwanted points. Editors can delete a single track point or many track points at once. Lastly, Auto-Tracker users can add new points by scrolling through the timeline and moving the control point.

Place multiple instances of the Auto-Tracker on the same footage to track multiple objects onto different subjects in the same scene. Auto-Tracker’s interface makes precision motion tracking quick and easy so that you spend cut editing time and achieve amazing results.

The FCPX Auto-Tracker features the ability to track rotation and scale, allowing editors to create the illusion of tracking in 3D space. This feature works best when a subject is moving directly toward the camera. With built in smoothing options, editors can smooth out scale and rotation tracking data with a single click. 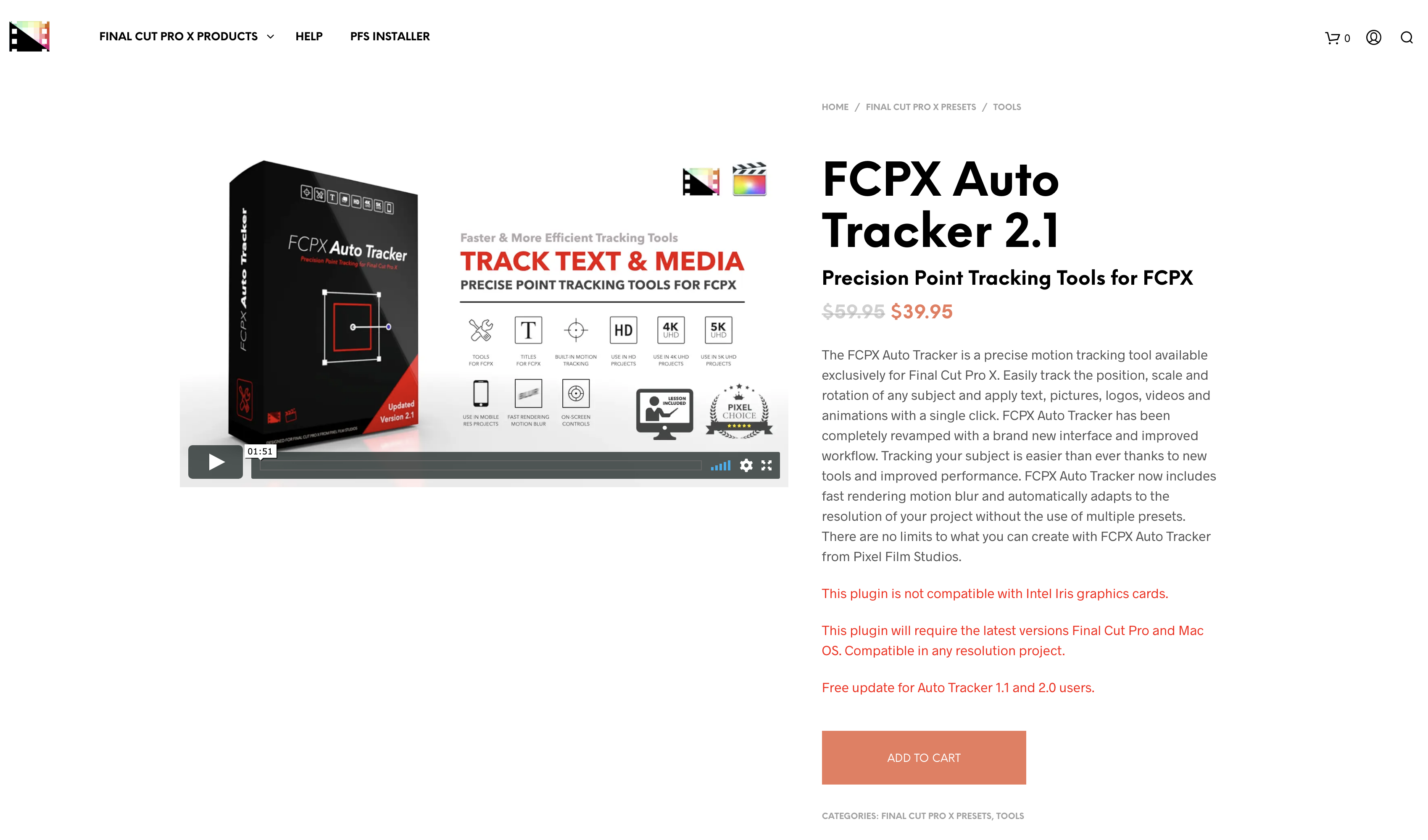 “Track text, logos, videos and animations to specific subjects in your footage with Auto Tracker!”